I returned to Rome two weeks ago for the first time in nine years. I had dreamed of doing that for so long. My last memories were captured here after I had returned in July 2009 for an interview with the Public Prosecutor. And, in my mind, a return would close the book on a decade of recovery, reclamation and triumph over what took place there on November 11 and 12, 2008.

I landed in Rome at 10 a.m. and by noon, I was eating pizza at a café right off of Via della Corso, the road I had sprinted down at 2 a.m. during my escape from Marco’s attack. I hadn’t meant to visit that part of the city on my first day. Strangely, in walking and re-familiarizing myself with the streets, I came upon it. And then, I kept walking, seeing one landmark after another, with new eyes and reliving old memories.

I visited my old hotel, where I had stayed in 2008 and where I sprinted to. 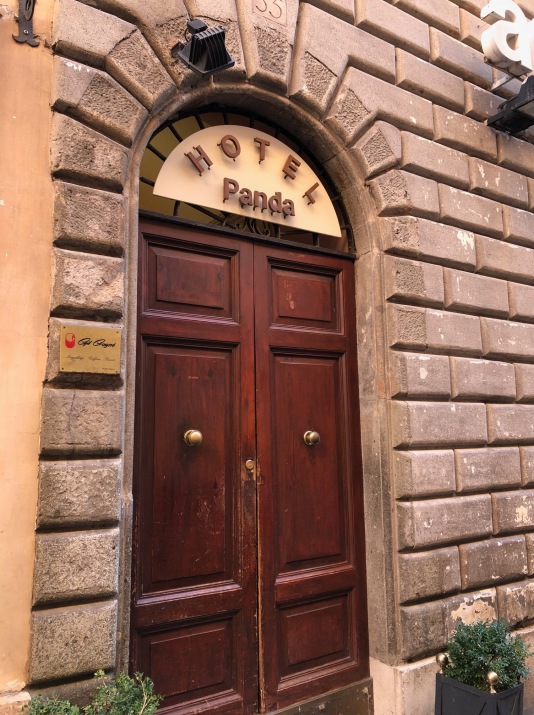 And I walked its crowded, cluttered street. 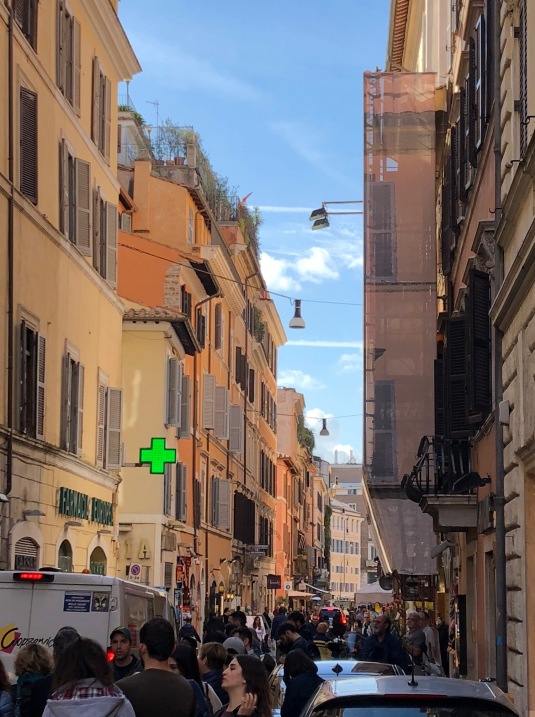 Then, before I even planned to do it, before I thought about it, I walked toward the Spanish Steps, and four streets to the left. And there it was, the street sign: 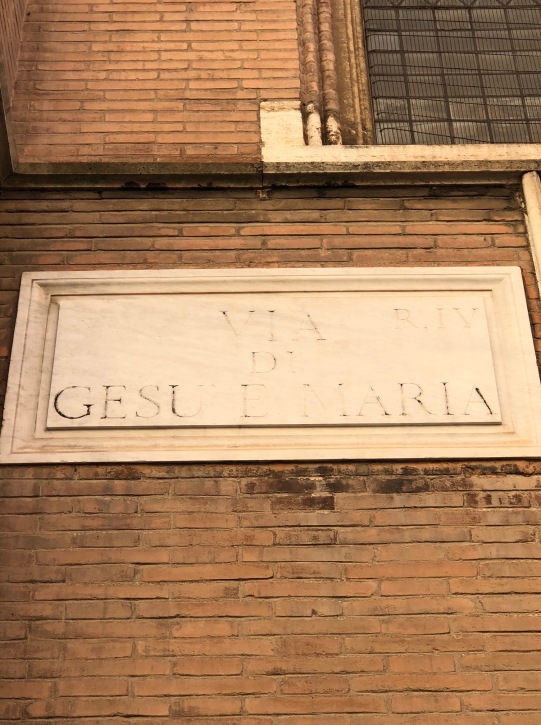 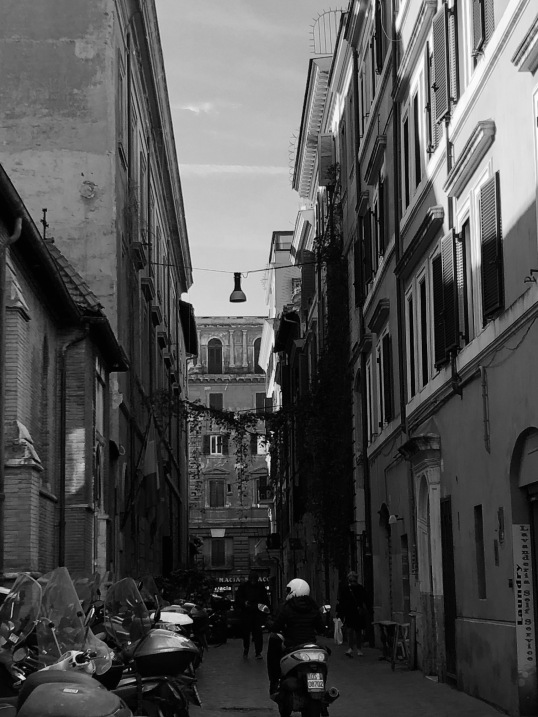 I cannot quite capture for you here how surreal it was to stand there and take it in, to set my eyes upon it. I was not overwhelmed by it. Or overcome with emotion. The absence of any big feeling was what I noticed. I felt calm. I smiled. My eyes scanned every which way. I looked above me for the telltale wrought iron gate that I remember swinging my body around, out over the street, trying not to impale myself before landing on the next rooftop. There it was, in all its spiky treachery. 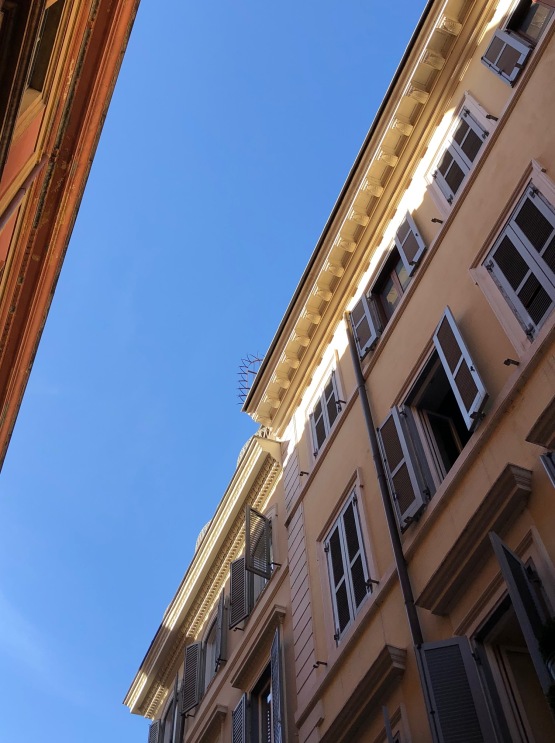 I strolled slowly past the doors until I stopped at #20. 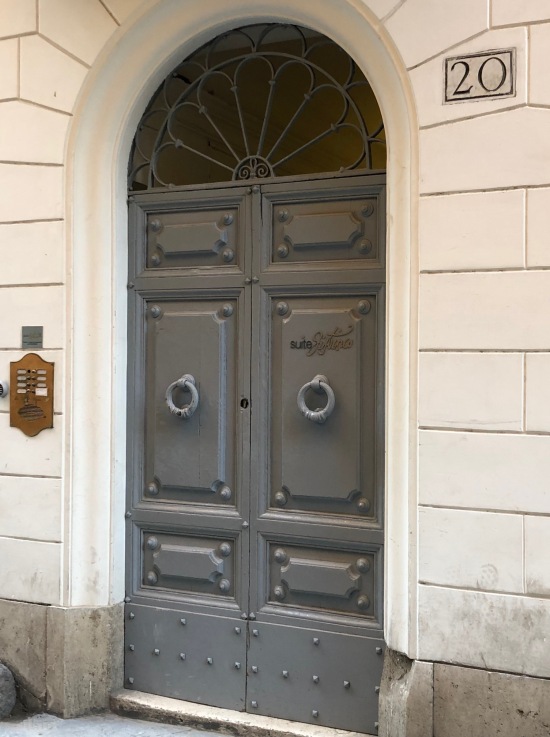 A fresh coat of paint of the same muted gray-blue greeted me. But it looked very much as I remembered it. I did not feel fear or worry it would open and Marco would step out. I do not fear him at all. I just stood there thinking about all the ways my life changed the last time I stepped through that door. And I wondered, what would my life be like if I hadn’t? That’s what struck me. How could it not? What is more poetic and more literal than standing in front of the door that led to an abrupt and lasting change in my life?

But my time on Via Di Gesu E Maria was not complete until I revisited the door of the building I exited that fateful night so long ago. That door was my exit to survival and freedom and triumph. I had to touch it, and take it in. 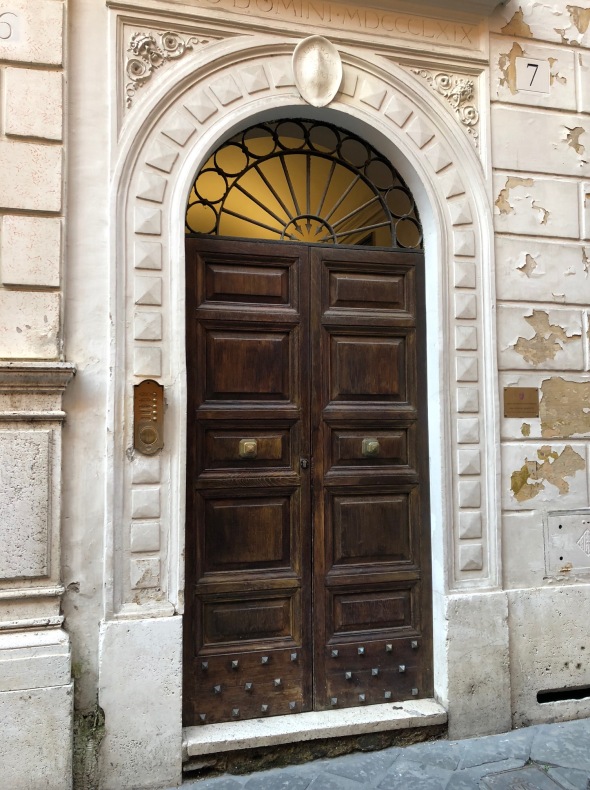 Like, really take it in and marvel at its significance, to an obnoxious level. To the point I possibly scared a resident nearby. Oops. 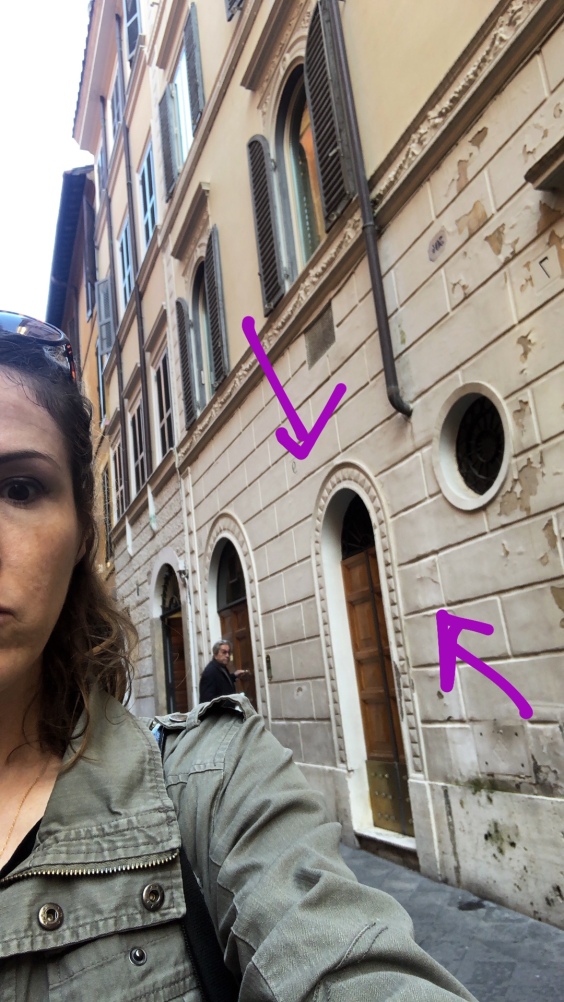 And then, I walked away. For good. Knowing that I will never ever go back there. I don’t ever need to see it again. It cannot give me anything more and it cannot take anything from me. That street merely melts back into the menagerie of roads and alleys comprising ancient Rome.

I had some big plans ahead for my trip including a speech to the retired ex-pats women’s group of FAWCO and a meetup with my friends at Ecole Universitaire Internationale. But as God would have it, and my bad Roman mojo, too, none of that ever happened. For just hours later, I received a call that ripped my heart out, and left me devastated, again, in Rome. I will tell you all about that sometime soon.